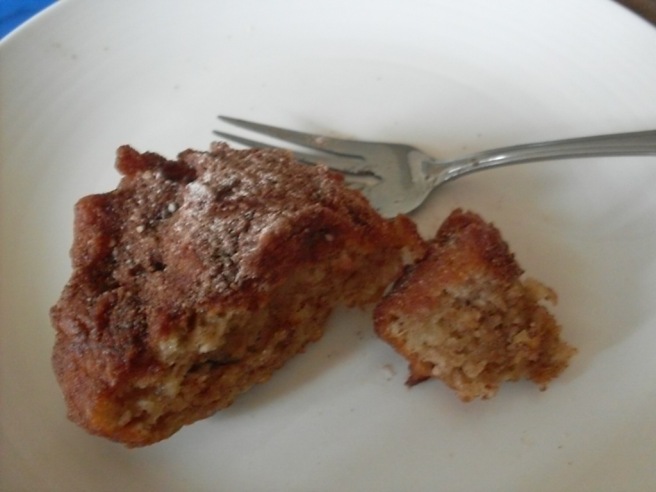 I kind of felt bad, a little, because it seems as though I am mainlining fat these days, which is not usually a big deal to me because on the one hand, obesity is a serious illness and bad things happen to you and you can’t buy clothes at regular stores and diabetes and blah blah blah.  But on the other hand, if I get super fat, maybe I’ll qualify for disability benefits and then I won’t have to go to work or worry about clothes – I’ll get to sit around eating deep-fried stuff all day while wearing a muu muu and completing that novel I keep pretending I’ll ever finish, and maybe the government will even pay for cable. If I get Nick super fat too then I won’t even have to worry about him leaving me for someone with a neck.

These were my thoughts this morning as I pondered the last of the buttermilk that I inherited from my neighbour and Grace’s friend, Ayesha, who is heading to Kenya suddenly and needed help emptying her fridge.

I started a little batch of crème fraîche on my kitchen counter (one cup heavy cream to two tablespoons of buttermilk, left to sit in a jar at room temperature for 18 to 36 hours until thickened), and then there were leftovers. And I have two apples, which I was going to eat the way one normally eats apples, but then I realized, I’m on vacation and we’re moving in two weeks so any time I am not spending feeding us or checking the mail or procrastinating should be spent packing and that’s when I got out the grater and started heating the oil.

I can justify pretty much anything, by the way, in case you hadn’t noticed. Anything.

Mix together all ingredients except for the apple until well combined. Fold in the apple, and let rest for ten minutes.

In the meantime, in a heavy-bottomed pot, heat about two quarts of oil to 350°F, or until a little splotch of batter dropped into the oil fizzles immediately and rises to the top.

Now you get to decide how big you want these things to be. I used a spatula to awkwardly ladle these out, but you can make them as big or as little as you want. My way made eight. Keep in mind that the cook time will vary, but I fried my fritters for about two minutes per side, until they were deeply golden and crunchy-looking.

Once the fritters are fried, cool on a few sheets of paper towel. Sprinkle cinnamon sugar mixture over top of hot fritters, and serve immediately. If you are also on holidays, feel free to crack open a chilled bottle of Gewurztraminer as well. Maybe don’t eat them all in one sitting. This kind of thing is good for sharing, which is great, because it’s the kind of thing that people will love you for sharing with them. They’re crispy, spicy, appley, and wonderful – better than store-bought, and they’ll be gone almost as soon as you put out the plate. 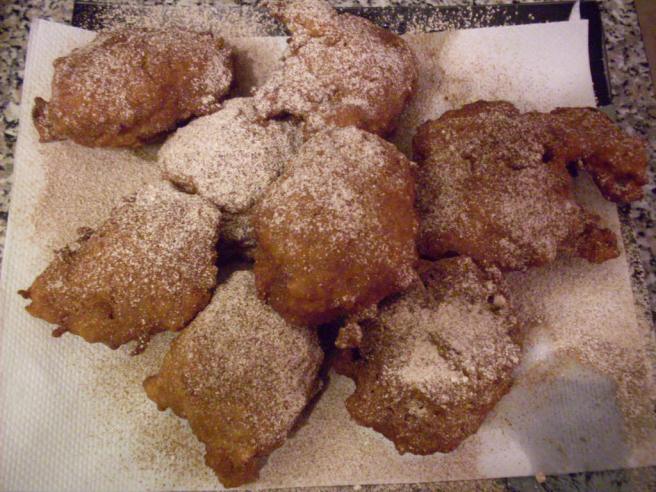