If yesterday was all about vegetables, today was its happy opposite. Today we binged hard on meat, and sat in the sun and sampled beers and wines and this Serbian plum brandy that had me reconsidering my Dutchman.

It was moist, and succulent, and smoky, and since there are only 12 weeks until Thanksgiving, I’ve got to get on figuring out how to do this as soon as possible. 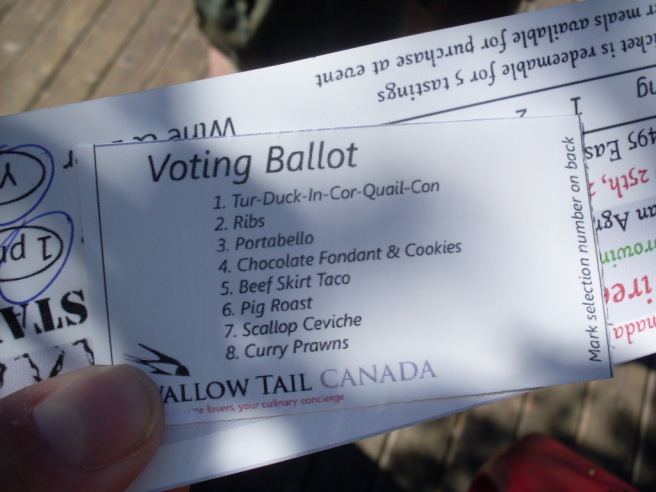 We ate a lot. So much so that Nick’s nap has stretched into its third hour. Dinner is likely still three hours away. We sampled ribs, and ceviche. 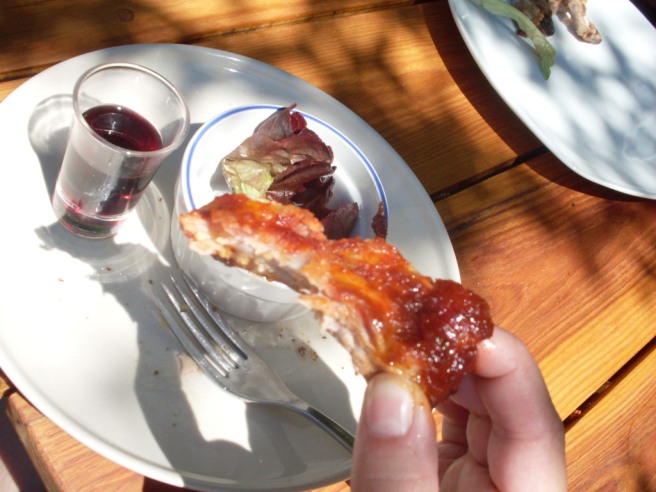 And we had skirt steak tacos topped with homemade radish kimchi and pickled cauliflower mayonnaise, but I accidentally ate it before I could take its picture. In other news, I will be kimchi-ing radishes as soon as this meat hangover subsides.

My favourite thing, aside from the bar, was the roast pork. It changed everything. I can’t really point to specifics, but I am quite certain that my life improved for the better after my first taste of the pork. After tasting everything, we had the option of buying plates of our favourite dishes – I went ahead and bought so much pork, and decided that in my next life I am coming back as a Serbian food critic, the kind who is paid in spit-roasted piggies. 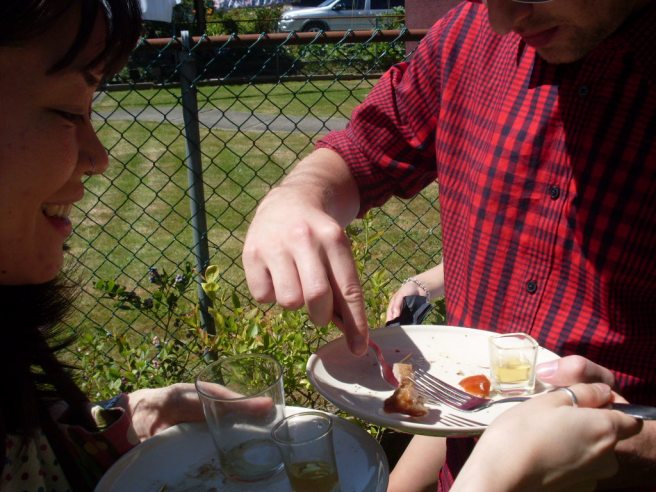 And also baked goods. The kind that are stuffed with cheese.

It was all incredibly moving. And to finish the feast, there were even cookies baked over a fire pit. Which I also don’t have photos of, because I literally inhaled mine.

Here’s more info on the event, which I can only really describe in satisfied grunts – there are almost no words. I hope they have it again next year – it was a fundraiser for Growing Chefs! Chefs for Children’s Urban Agriculture, a very worthwhile cause. In the meantime, Grace and I are on a mission to become new BFFs with the host, the lady behind Swallow Tail Tours and the Swallow Tail Supper Club.

And since it’s now been ages since I’ve offered a recipe, stay tuned. We’re talking blueberry crisp, up next.

One thought on “A day of fantastic meats.”