#cookbook author @emvandee with her fresh-from-the-printer book #WellFedFlatBroke based on her food blog of the same name. Available in bookstores April 1. #food #foodblogger #vancouver

Much has happened since we last spoke. Spring has sprung in Vancouver, and we have been playing outside without winter coats. We finally finished all the cheese I bought in early December. I am now raising a Ninja Turtle (Donatello, specifically), and bearing the brunt of his ninja attacks which are not stealthy but do sometimes hurt.

And that book I’ve been thinking about and talking about and fretting over for months went to the printer, and then emerged fully formed this past week! I have real, hard copies here in my apartment, which I can hold and look at and worry about making sticky. I filed my reference copy between books by Nigella Lawson and Fannie Farmer, in hope that some of their magic rubs off. 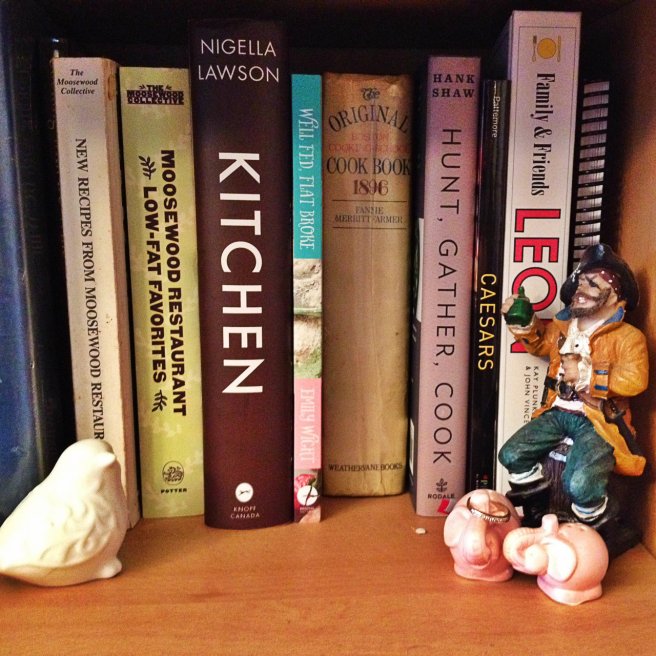 These are fast-paced times.

And there is so much to talk about, recipe-wise, but we’ve hardly had a moment to catch our breath or chew thoughtfully or clean the weird smell out of the garbage disposal. I have a couple of things simmering away, so stay tuned.

The book will be in stores in early April, and if you’re in Vancouver, I hope you’ll join me at the book launch! Save the date and update your calendar – it’s April 19, at 2:00 p.m., at Barbara-Jo’s Books to Cooks. I’ll update you with other dates in other places as those details are finalized.

Eek! It’s here. I can’t really even believe it.

13 thoughts on “Holy crap, it happened.”