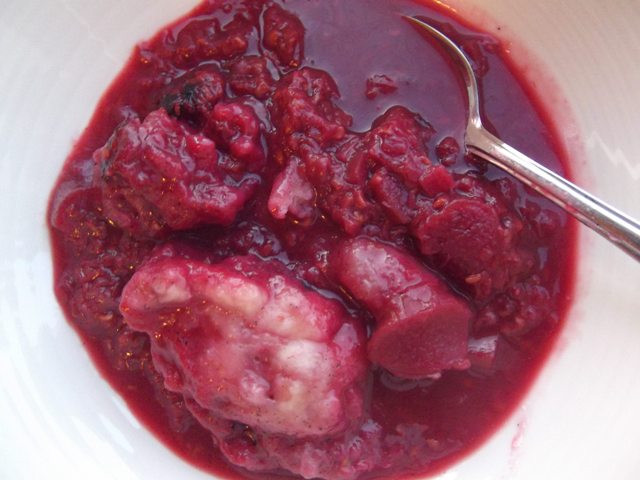 I have a lot of opinions lately, though Nick is quick to point out that they are not opinions as much as they are hormonal outbursts. I have evaluated the pros and cons of keeping him and at this point it seems like his potential future usefulness trumps his “helpful” suggestions so for now, he lives. 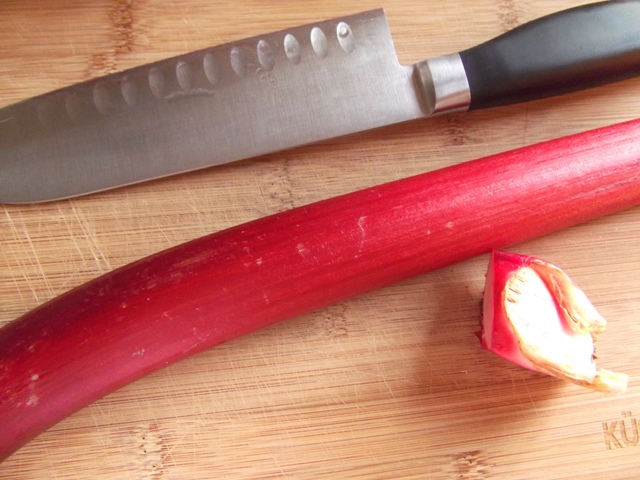 Though many of my opinions have been unsavoury and not appropriate to share under “if you don’t have anything nice to say” guidelines, at least one has been food-related and that opinion has been that rhubarb is fantastic and it ought to be mixed with vanilla bean at my earliest opportunity.

Today, just such an opportunity presented itself.

What follows is a recipe for rhubarb stew with dumplings; I used the last of my frozen raspberries to stretch the rhubarb (I thought I had more than I did), and it turned out to be the correct move. I’ve suggested one half cup of honey because I like my rhubarb tart, but taste as you go; you might like yours sweeter.

It’s not a beautiful dish – it’s the kind of thing you might serve after a weeknight family dinner, or for breakfast when you have more time in the morning. But it’s tasty. Dumplings are always tasty.

In a heavy-bottomed pan over medium heat, combine rhubarb, raspberries, honey, vanilla bean seeds, and salt. Allow raspberries to melt, then bump heat up a notch or two and bring the mixture to a simmer, stirring frequently for about ten minutes. Rhubarb should soften and begin to break down. Return heat to medium.

Drop spoonfuls of dough into the hot fruit mixture; you should end up with about eight dumplings. Place a lid firmly over the pot, and cook for 15 minutes.

9 thoughts on “Rhubarb-raspberry stew with dumplings.”