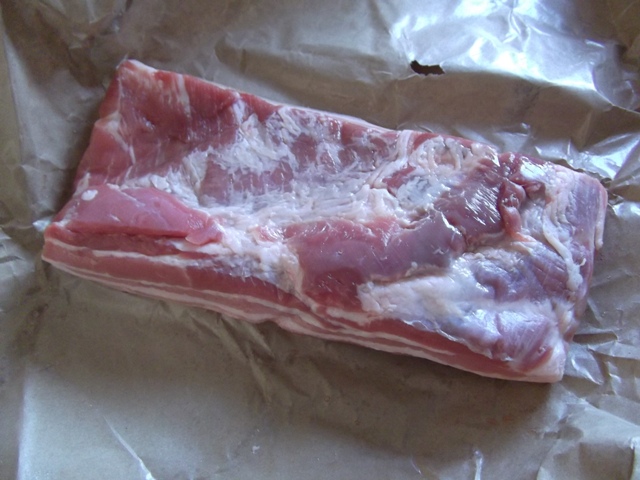 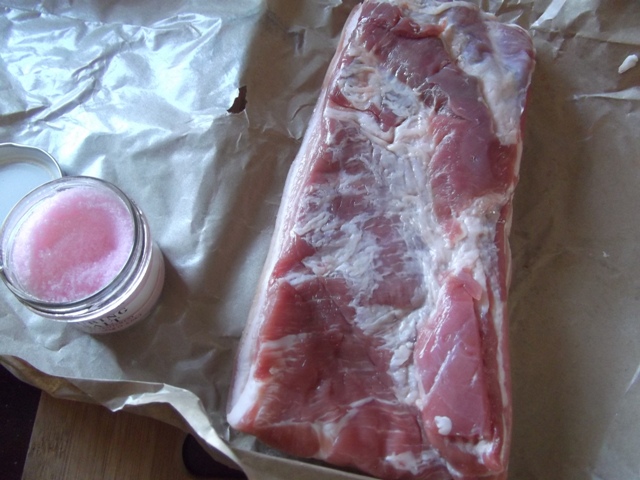 For me, the thing was bacon. Homemade bacon, which I always knew you could do but put off because for some reason the thought of finding curing salt was rather daunting, even though I knew you could buy it literally three blocks from my apartment. I don’t know. I think I figured once I had the pink salt, I’d have to commit, and then what if I wasted my money and half a kilo of pork belly? There was a lot to consider, and the threat of failure and food poisoning put me off. 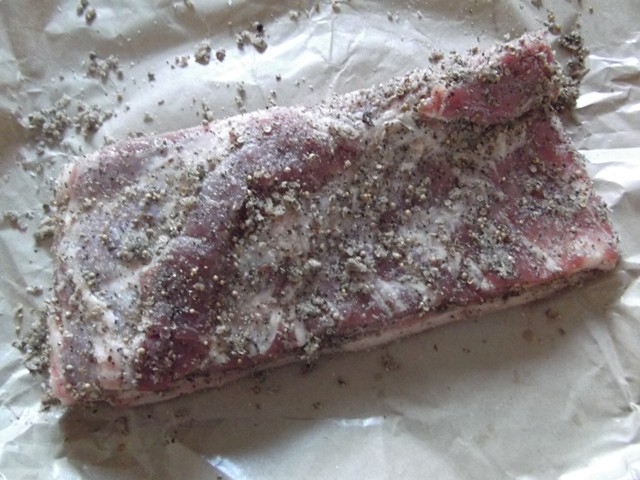 Then a couple of weeks ago the director at work told me about a butcher shop that her French cooking teacher recommended and I went there to buy something else, and there, in its fatty, rosy glory, I found just over two pounds of local pork belly, just the right amount to make my first batch of bacon. I found a Michael Rhulman recipe, and bought my pink salt, and in about ten minutes I had done everything I’d need to do to the meat to make it bacon. After that, it would need seven days, and to be mostly left alone. 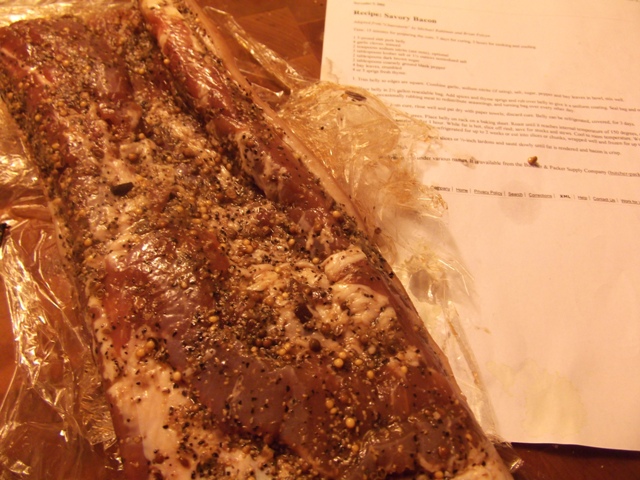 I feel silly for having waited all this time. 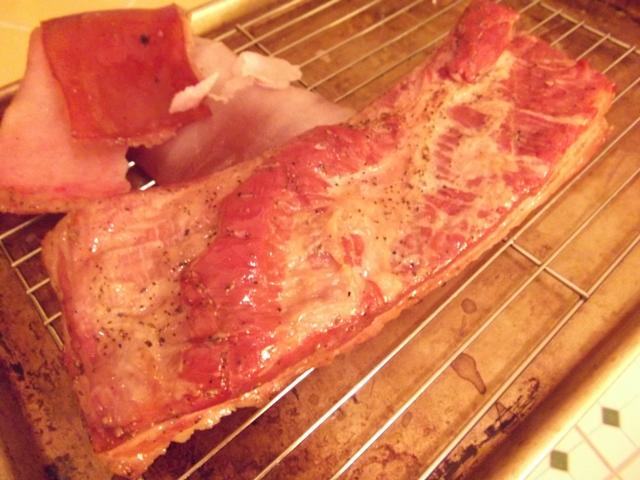 The result was impressive, meatier than regular bacon and not as salty, with a pronounced garlickyness that was thrilling – garlic and bacon go almost as well together as bacon and cheese. I cut it thick, about an eighth of an inch (my parents have a meat slicer they let me use … *mental note: add meat slicer to wish list*), but it would last longer in thinner strips (some of us never learned when to say no). 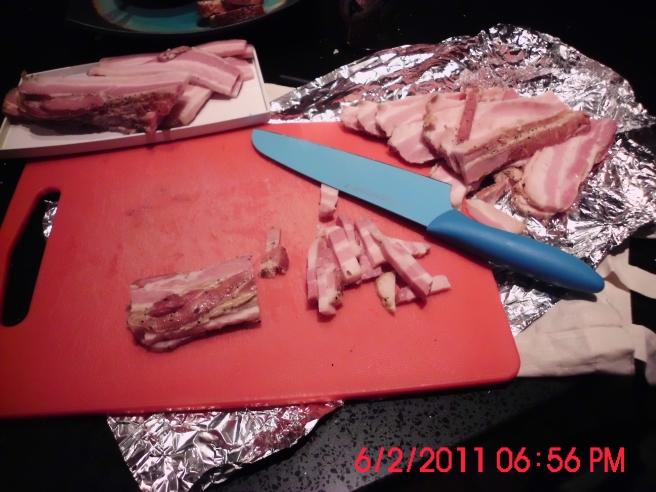 Bacon might just be a gateway charcuterie. One cannot simply stop at a slab of cured pork belly; there’s pancetta to think about, and guanciale, and corned beef, and sausage … I already have plans to convert a wine fridge I got as a wedding gift to a climate-controlled curing chest, and even though our apartment is already crowded with kitchen tools and the hydro bill grew exponentially with the addition of the deep-freeze, Nick is okay with this – he stopped just short of encouraging me. For him: salumi. 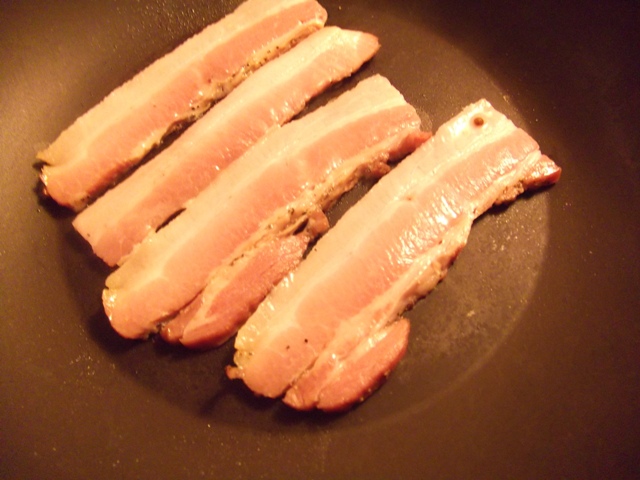 I’m asking for Charcuterie for Valentine’s Day, which we don’t usually celebrate but neither of us has a greater love than cured or smoked meats – I am not exaggerating when I say Nick would trade me for my weight in bressaeola, and I’d happily swap him for a lifetime’s supply of jamón ibérico de bellota – and I can’t quit now. 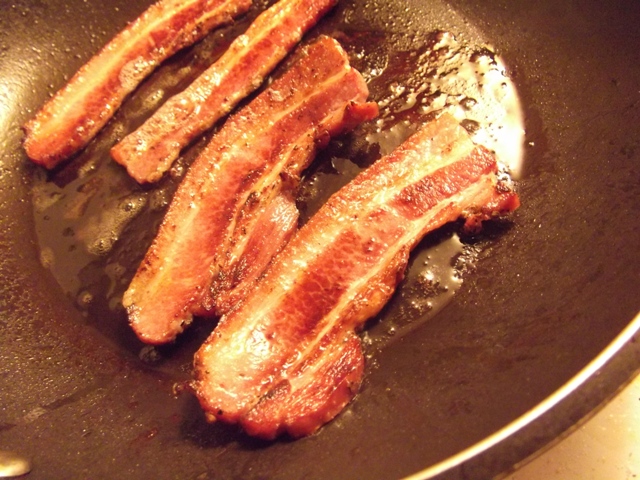 But I’m getting ahead of myself. Big plans, no direction: story of my life. Have you done this before? Have you cured, smoked, dried, or otherwise preserved meat and made it more wonderful with salt and spices and air? Have you done it at home? Can you teach me? At this point I fear nothing, not food poisoning or living in an apartment that smells like a delicatessen, and there’s no going back to store-bought bacon. 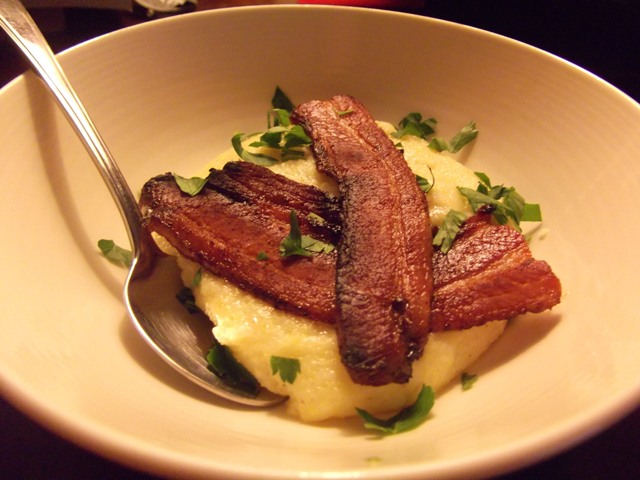 And if you haven’t made bacon at home? Don’t wait any longer. Start your first batch today.