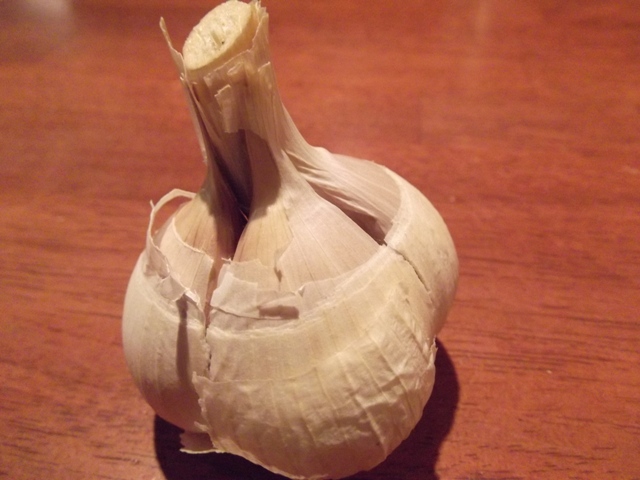 We’ve neglected our garden over the past couple of months, as snow fell in November and it rains a lot here and it’s dark when we get home from work so there’s never an opportune time to check in with it and see how things are going, and if anything there is still growing. We planted some turnips and kholrabi just as summer was ending, which according to the seed packets ought to have been ready for harvest three months ago, but our chances to go back were few and far between.

Also, I wanted to plant garlic, which takes nine months to grow.

Odd to see it now, after so many months, looking so spindly and decayed. Approaching our little plot, I was certain that everything would be dead by now.

For the most part, our plot is full of weeds and rot. But on closer inspection, that wasn’t all there was. 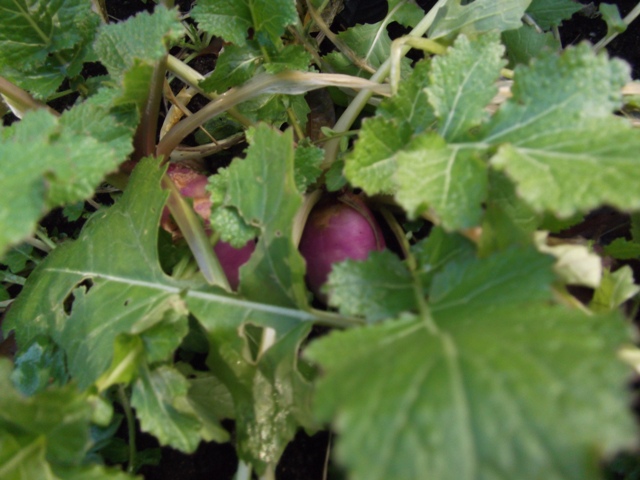 Our little turnips, which we’d given up on, had grown to the size of golf balls, pink and purple and white. We thought we hadn’t planted them deep enough – we hadn’t – and assumed when we last visited that they probably wouldn’t grow. Because we took a whole lot of chard out of there at the same time, we elected to leave them in place on the off chance that they’d survive a little longer – I planned to go back for them and harvest the greens. 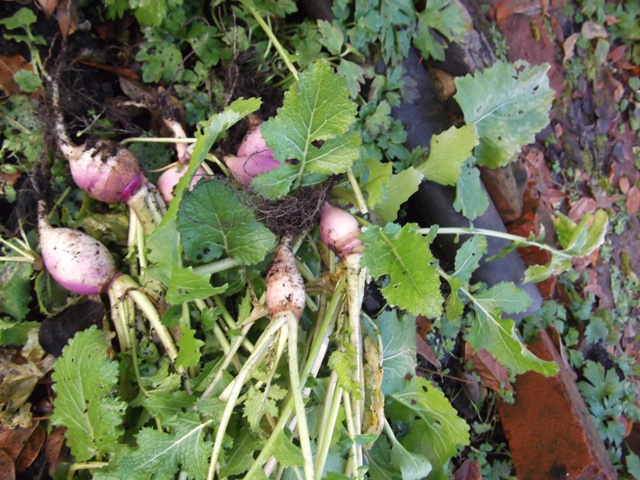 A few carrots survived the cold and the snow and the rain and the rot – I pulled them out from beside the kholrabi, which didn’t make it.

I thought about turning them into something on the stove or in the oven, but the joy of eating something so red and earthy practically fresh from the ground (I brought them home and washed them first) in January was too good to pass up. I ate a few of them whole, still wet from the tap. It was like Christmas, but without the bloat. 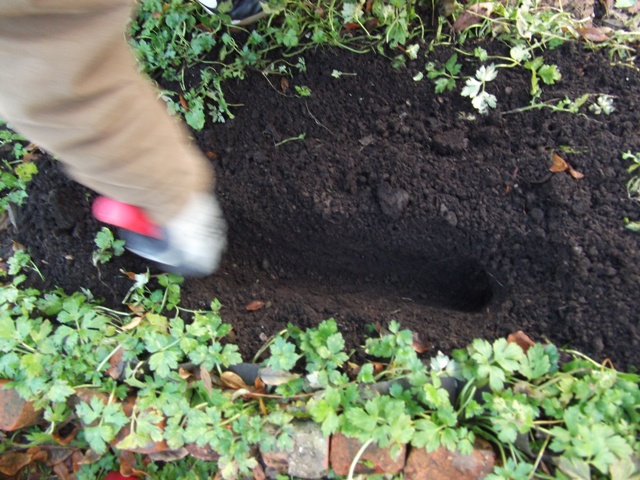 We pulled some weeds and cleared a spot for the garlic, and we might have actually dug deep enough for it to grow properly.

Then we planted a row of individual cloves of the stuff. A worm showed up to say hello.

And then Nick buried them all, and we skipped home gleefully. Well, at least I did.

So there you go. The soil is soft, and the garden is still alive, and there are happy little worms there prepping the ground for us for spring. And in the meantime? This.