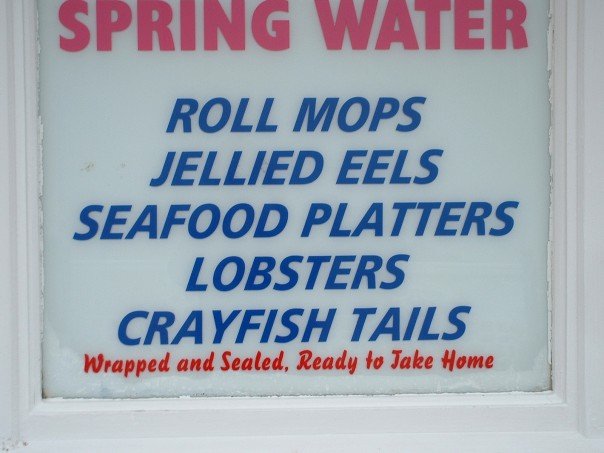 Despite its reputation to the contrary, England is actually home to a tradition of really delicious food. In theory, anyway. In practice? I’m not so sure, but it’s possible that when I was there, the good stuff was priced a tad out of my range. They do good fish and chips, and I can’t get enough mushy peas or potted Stilton. 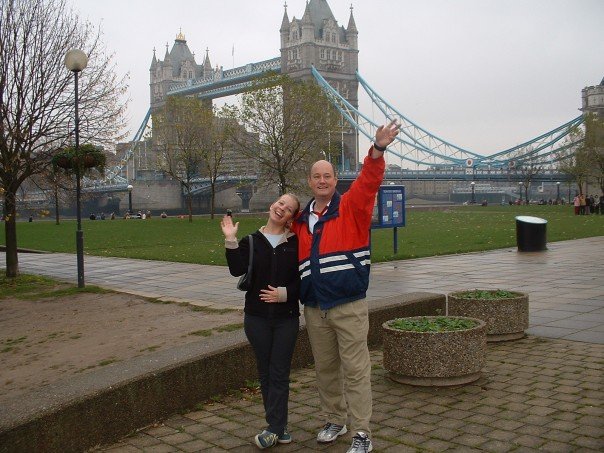 It was much too long ago that I was there. I think it was 2005, which means I am long overdue for a return. I went with my aunt and uncle, Lynn and George, who continue to spoil me rotten despite my advancing years, and though the delicacies were mostly cheese– or chocolate-based (those fresh little croissants and their warm chocolate dip at the coffee shop beside Harrod’s – I dream about them!) and each very special in their own right, there was one extra special treat that tastes and reminds me of England in all its splendour, and it’s impossible to screw up.

Well, actually, I’m wrong. It’s super easy to screw up, and even the English are doing it. The thing about sticky toffee pudding is that it’s a pudding, not a cake with sauce. Semantics are important, and the difference must be appreciated. I noticed a few years after returning home that sticky toffee pudding had made itself known on this side of the world – there’s even a Haagen-Dazs flavour named for it. I got excited, and tried it everywhere. There are a couple of good spots for it locally, but on the whole, it’s gone the way of most other trendy food items: it got all tarted up, and in the process lost the magic that made it what it was. 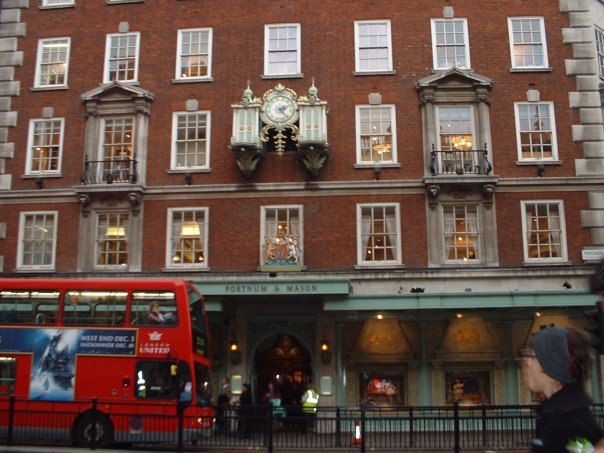 Sticky toffee pudding is a gooey, sticky pudding that tastes like toffee. Which sounds obvious, but I’ve seen it complicated, dried out, and not even toffee-flavoured. It’s the kind of thing you’d eat after a big roast dinner with all your relatives or Two Fat Ladies. It’s homey, wholesome, and packed full of sugar. Even Nick liked it, and he’s usually not big on dessert. He suggested that he might want the leftovers for breakfast.

So anyway, I have been thinking about this for ages, and tonight, Auntie Lynn and Uncle George came over to see our new place and meet our new cat and have tea and a baked good. I decided that we would have sticky toffee pudding, with ice cream, and I searched the Interwebs for a suitable recipe.

But there wasn’t one.

Because the Interwebs also seem to think that it should be a cake with sauce. Even Jamie Oliver thinks so.

So I had to do it all myself. Here’s the result: sticky toffee pudding, mixed in its baking dish and baked in its own sauce. It’s rustic, and needs no further fussing to bring it any nearer perfection. Your grandmother would have approved, and I think she’d be more right than Mr. Oliver about this.

Preheat your oven to 375°F. In a 1 1/2 quart casserole or baking dish (which you don’t have to bother buttering), mix flour, one cup of dark brown sugar, baking powder, salt, and dates. Mix well, so that all ingredients appear to be thoroughly incorporated.

In a measuring cup, whisk together melted butter, milk, and egg. Pour over dry ingredients, and stir until just moistened.

In a separate bowl or measuring cup, mix boiling water, remaining brown sugar, granulated sugar, and additional tablespoon of butter. Pour over the cake-batter-like mixture in the baking dish, but do not stir. Place in the oven as-is, and bake, uncovered, for 45 to 50 minutes, until the sauce bubbles up on the sides and the top resembles a moist cake. 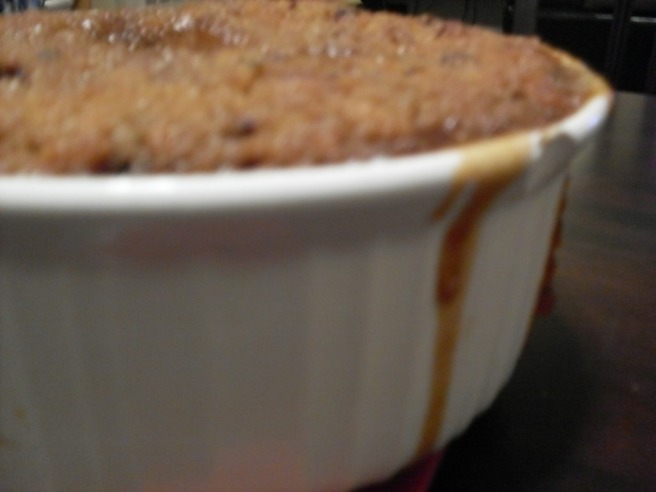 My aunt confirmed that this is what sticky toffee pudding is supposed to taste like, and my uncle said little but nodded emphatically. I liked it very much – it had the right cakey-pudding to sauce ratio, and tasted exactly how I’d hoped it would. There will definitely need to be another trip to London in my future, but for now, this little recipe will make the meantime more tolerable. 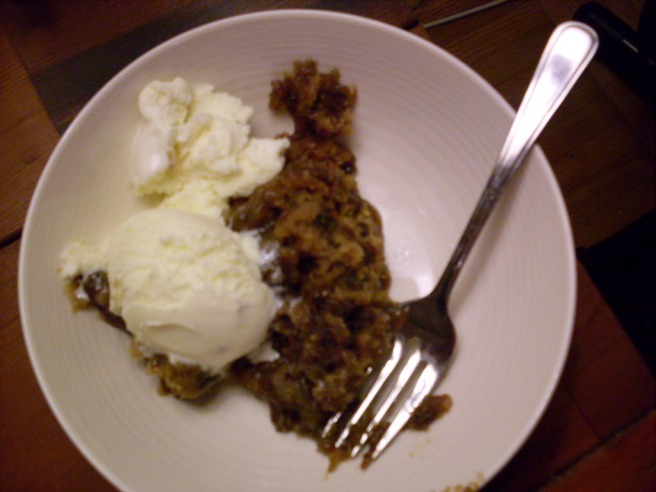 **Also, as far as photo credits, the blurry food ones are mine. The others I swiped from my aunt’s album online.